Get fresh music recommendations delivered to your inbox every Friday.

from 400 Days by Indwelling Fire 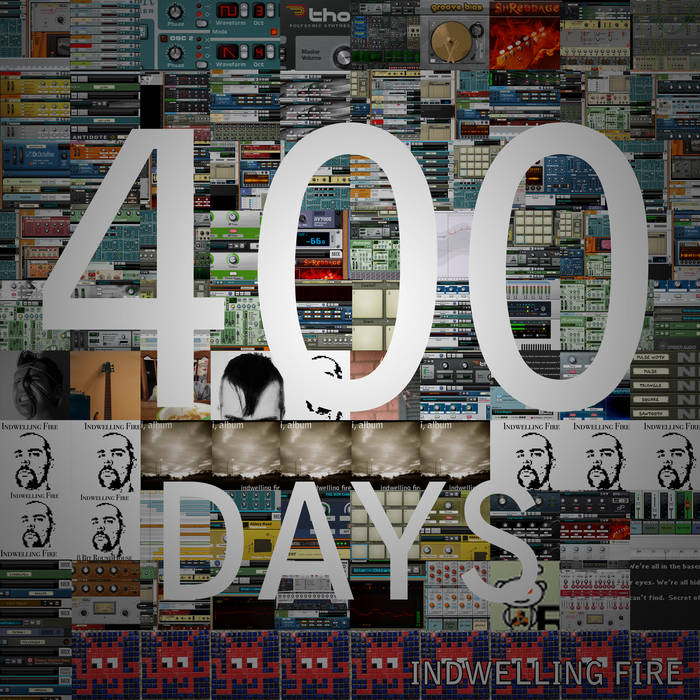 the previous night was "not as romantic as it sounds." He kept razzing those suffering under Prohib-
From A Curious Man, by Neal Thompson
The last word is 'Prohibition' in case you were wondering.
This was the first Disquiet project that was something I had actually done before. In college I had what I thought was a genius "Eureka!" moment and basically created the exact same system. At that time I allowed myself a little bit more freedom and took more artistic liberty with the text, allowing for repetition of certain words and using letters in both harmony and melody simultaneously, but basically the same idea.
Since this was done electronically for me, the temptation to avoid was making it very "straight". I did NOT want all the notes to have the same length. They needed to have some kind of flow, maybe one that implies speech? I know, a novel thought (no pun intended). After achieving a flow that was satisfactory I thought, "Wait, can I put a beat or any percussion to this and it still make sense?" luckily it did.
What I had discovered using this method previously is that the pieces tended to kind of sound like they were in C# minor due to the prevalence of the letter "E". If you move the starting not up or down it changes the key, or the feel of a key anyway. To enforce the key I created a pedal tone on C# in the bass. It also helped to push it forward rhythmically.
Following this, I slapped some drums on and, much to my delight, they worked great. Finally, just as an experiment I read some of the text and then vocoded it into the work to see if it would stick out too much, or at all. It was barely even recognizable as speech, so I left it in. You can hear some sibilance in a couple of places and maybe pieces of a word if you're listening.
Oh yeah, I added a short intro, just to keep it interesting.
More on this 97th Disquiet Junto project, in which music is decoded from a phrase in a book, at:
disquiet.com/2013/11/07/disquiet0097-page99remix/
More details on the Disquiet Junto at:
Groups – Disquiet-junto